Firstly apologies about the awful pictures but Jay wouldn’t save us a seat!

Last night Briony and I went to Fat Penguin at the Patrick Kavanagn in Moseley. It’s a “Free” / Crowd Funded comedy night, so makes for a cheap Wednesday night out.

We turned up just before it started and luckily managed to grab the last 2 seats after Jay had cruelly refused to save me one earlier.

Bri got us a drink and Jay introduced the show. Jays been doing comedy for about 5 years and now does it for a job. He is one of those people who is funny in real life as well as on the stage so hes a good bloke to know, as long as you don’t want him to save you a seat. 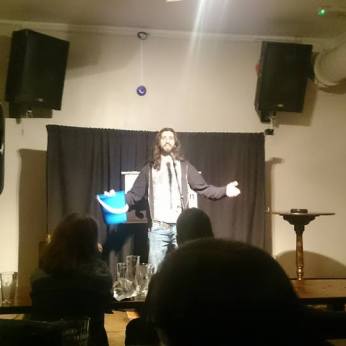 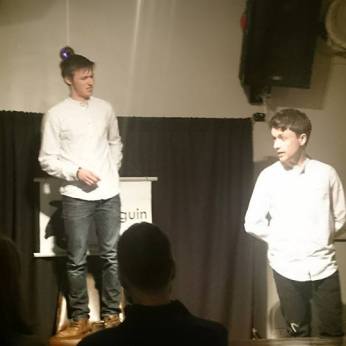 According to their Facebook, they are playing Birmingham again on the 10th of June at the Old Joint Stock. 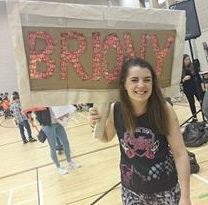 After that we saw Lauren Pattison, a drama student from Newcastle who lives with her ex boyfriend and has serious arts and craft skills. She was so funny and had the audience in stitches. 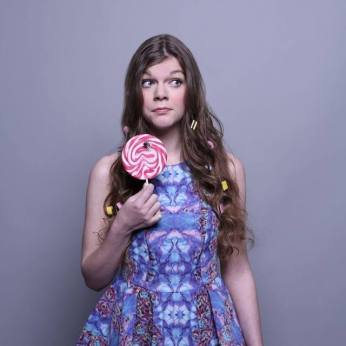 Her next shows are tonight (28/04/16) in the Glee club and tomorrow at Jonguleurs or if you fancy also seeing some strippers in the afternoon, you could head up to Whitley Bay on the 17/05/2016.

I loved the next act so much. He was called Rinkoo Barpaga and did a lot of physical comedy, made funny observations and said outrageous things that his interpreter had to say out loud. Very worth a watch.

He will be at “Deaffest”,the UKs leading deaf film and arts festival on 6th and 7th May.

Finally was the legendary Mitch Benn. He was fantastic. I was literally crying with laughter especially the stuff about the Jedi wedding.  He played some hilarious songs and had a fabulous singing voice. 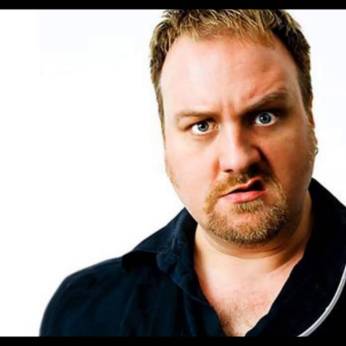 You can watch his good quality videos here:   http://www.mitchbenn.com/video-stuff/  or mine from my seat at the far back below.

At the end Jay got his bucket out and asked for voluntary donations, unfortunately i was sitting too far back to reach the bucket to put any notes in so i gave him all my change on the way out. The money from the bucket goes to hiring an amazing headliner like Mitch Benn, all of the other acts including Jay, play for free.

We both had an excellent night and topped it off with a bit of Whitney karaoke on the way home.

Fun – I literally cried with laughter. One of the best line ups I’ve seen at a comedy show. Even Jays new stuff was decent!

Value for money –Pay what you can/want too.  As i kindly agreed to drive Briony she kindly agreed to get me a pint which i nursed over the whole evening so I only spent a couple of quid that i chucked in the bucket.

Join-ability – You don’t need to book, just turn up early as Jay wont save you a seat. Lots of room to stand at the bar so maybe bring a camping chair if you are going to be after 8.30pm. Unfortunately only on once a month.

Spam-ability – I’ve been several times and would recommend it to everyone.