I heard about Wi-Fi wars as an interactive show where you use your phones in the audience to join in. I imagined it to be like the episode of Black Mirror where we get to vote on moral dilemmas and we’d have to decide someones fate so I thought i’d book a ticket. What I thought and what it was proves my imagination is abit shit!

Max, Gem and Ste came with me and we went into the Mac theatre and logged into the Wi-Fi Wars Wi Fi and website http://10.1.1.1. on our phones. 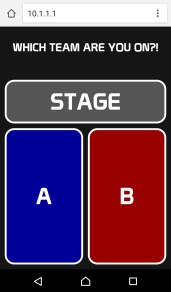 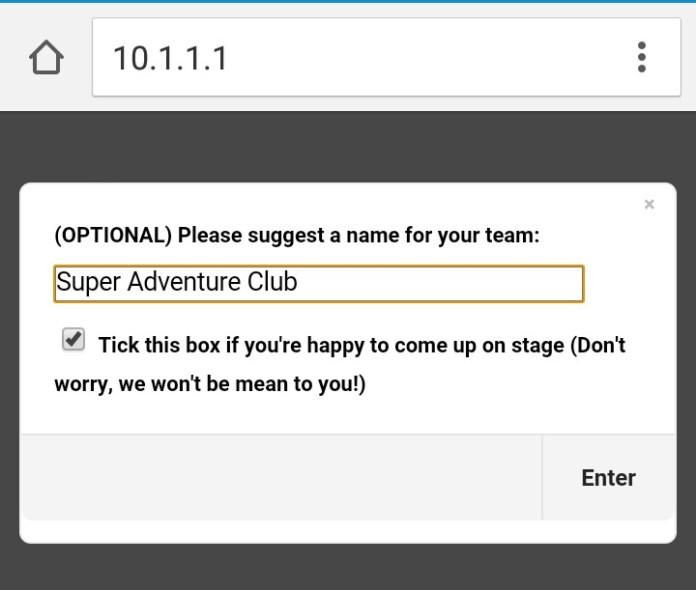 The website asked us to take a selfie, tick whether you wanted to go up on stage, pick a team side, based on what side we were sitting on and a suggestion for a team name. We then waited for it to begin.

The two guys came on to a round of applause as requested by a star wars spoof video. Steve McNeil explained that tech guy, Rob Sedgebeer had created technology that would let the whole audience play games and take part in the show. 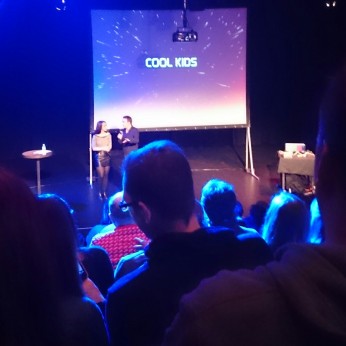 Two team captains were chosen, Chase for the cool kids and Neon doctor for the Growlers. After getting a yes or no question from the audience (surprisingly hard to do) we voted and the most was the amount of points that could be won in the next round.

The first round was team pong. Everyone had an up and down arrow on their phones, if the majority of the team thought the paddle should go up it would go up, down then down. We watched the ball bounce around on the big screen and pressed the button we thought was right. At the end of the round we found that our team had won and not only that our individual scores were being tracked and I was currently 5th out of 200 people!

The next game was wack a mole followed by track and field. I was furiously bashing left and right on my phone, using different fingers for added speed when I clicked on the address bar and the website went off. My beautiful place on the leader board had been destroyed. I was honestly gutted when the new leader board came up without my name on it. Damn my competitive nature.

On the plus side the cool kids were winning everything, so Steve gave the Growlers a way of catching up. The neon doctor got to play on the Oculus Rift, a VR head set. He had to go on a rollercoaster while holding a tray of glasses. So jealous I didn’t get to play on it.

We played a few more games including Enigma which was a game Rob had invented where you had to input numbers from memory in different ways. I was out in round 3 however some of the audience were geniuses and remembering 9 numbers backwards with a keyboard that had jumped around. 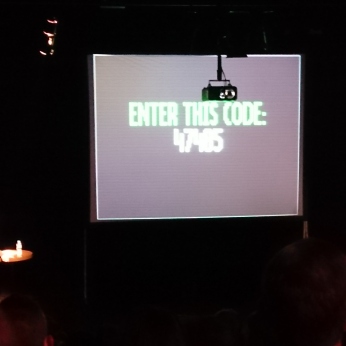 The last game unfortunately had the Growlers catch up and over take our lead. However a jolly good time was had by all so I didn’t mind too much however I’m still bloody annoyed about my track and field incident!

Fun – I loved it. Such a novel idea which worked really well.

Join-ability – The  only other show on their website is London but they will be doing more in the future.  Event Link

Spam-ability – I’d recommend this to everyone who likes theatre, it is definitely on par with Knightmare.